Unlock high value opportunities in space and AS9100 certification. NASA and ESA have recognised AS9100 as the de facto minimum standard for Space hardware manufacture and design for a considerable time. The standard helps manage both industry level strategic, and local level tactical risks throughout the supply chain. AS9100 ensures higher quality robust processes are employed to produce hardware. However, for many manufacturers the significantly low volume of Space production has been a barrier to entry. All of that is changing as the commercial space race heats up, and continues to become more competitive.

New Opportunities Link Space and AS9100

For decades space has been a frontier beyond the reach of the private sector. It has been hard to access and also highly regulated. The dream was kept alive and the common thinking among academics and industry leaders was that with more R&D money and a few more advances in the technology, space could be ours. Albeit slowly, this is leading to be increasingly true.

With the rise of interested self-funders like Musk and Bezos, commercial space exploration, or exploitation has begun in earnest. On the practical side, advances in reusable rockets, lowered per-launch costs and miniaturisation of satellites are starting to drive new opportunities. There are plenty of obvious opportunities for defence, IT hardware and also telecommunication, although space tourism is getting much attention. A lesser known fact is that deep-space mining is set to become a thing.

The global space industry is expected to generate revenue of $1.1 trillion or more in 2040, up from the current $350 billion, according to a recent report by Morgan Stanley.

A partnership of OneWeb Satellites and Airbus claims that it will launch six-hundred-fifty low-orbit satellites by March 2021. It aims to deliver affordable global internet access. Amazon’s Project Kuiper will place over three thousand satellites into orbit with the stated intention of providing “low-latency, high-speed broadband connectivity to unserved and also underserved communities around the world,” Amazon said in a statement to GeekWire.

For this to become part of your future you will need to unlock high value opportunities in space with AS9100. Furthermore, the AS9100 standard is likely to play a continued part in the commercialisation of space. This will become more and more apparent as the industry looks to stabilise and also grow. 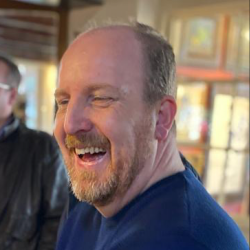 Get in Touch
Doug Allen
Chief Executive Officer at Midland Aerospace Partnership Ltd
Doug is a writer, consultant, and advisor with over twenty years of senior leadership experience in ADS. He is an Aerospace Experienced Auditor (AEA) and Six Sigma Blackbelt.

As an advisor he has experience with the likes of Moog and Vertical Aerospace, local governments, and several educational institutions.

Doug teaches aerospace compliance at the British Standards Institute, and has been lucky enough to study at Oxford, Warwick and the Open Universities.

6 Crazy AS9100 Myths That Will Ruin Your Quality System

Converting ISO9001 to AS9100 to Drive Value and Opportunities